Brief History Of The Lobotomy

Freeman Performs Lobotomy Dr. Walter Freeman performs a lobotomy using an instrument like an ice pick which he invented for the procedure. Source: (pinterest.com)

Psychosurgery, as properly defined, is the treatment of mental disorders by means of brain surgery. Psychosurgery can be loosely defined as the gray area between neurosurgery and psychiatry. It has been known to exist in some form since the Stone Age when evidence of craniotomies emerged dating as far back as 5100 BC. Archaeologists discovered evidence that prehistoric witchdoctors performed brain surgery by drilling or cutting a hole into the skull. It is incredible to think that even that long ago, there was an interest in mental health and the brain itself. In the ‘30s, ‘40s, and ‘50s, modern-day psychosurgery included a procedure called lobotomy.

Lobotomy is a term many have heard in one context or another. A lobotomy is a surgical operation wherein an incision is made into the prefrontal lobe of the brain in an effort to treat mental illness. These days, a lobotomy is typically part of a joke referring to someone being out of their mind. The origin of the lobotomy, however, is no joke! There is a true and almost horrific history that goes along with this form of psychosurgery that seems barbaric yet was practiced in the United States as late as the ‘70s. Egas Moniz, a Portuguese neurologist, was/is regarded as one of the founders of modern psychosurgery for having developed the surgical procedure leucotomy, better known today as lobotomy, for which he received the Nobel Prize in 1949 (shared with Walter Rudolf Hess). Dr. Freeman pointing out the frontal lobe of the brain. Source: (washingtonian.com)

Dr. Walter Freeman’s ice-pick lobotomy became very popular because many were desperate for a cure for mental illness.

A neuropsychiatrist named Walter Freeman and a neurosurgeon named James Watts are the two responsible for developing the standard of the controversial procedure, lobotomy, performed in the United States in the ‘30s. The procedure had been previously practiced in the United Kingdom and was called leucotomy. The procedure was referred to as the ice-pick lobotomy because of the ice-pick like instrument Freeman used to perform it.

The description of the procedure of lobotomy is as follows by individuals who have observed Dr. Freeman performing it:

A patient is rendered unconscious by electroshock. Freeman would then take a sharp ice pick-like instrument, insert it above the patient’s eyeball through the orbit of the eye, into the frontal lobes of the brain, moving the instrument back and forth. Then he would do the same thing on the other side of the face. The frontal lobe of the brain is of significance in that it is known to shape human behavior. It was thought that if the frontal lobe could be altered/treated, that it would cure mental illness including schizophrenia and the like. Interestingly, remotely similar procedures, although open brain surgeries, performed by Swiss psychiatrist, Gottlieb Burckhardt, were harshly rejected before more modern psychosurgery became intriguing in the ‘30s. Burckhardt was criticized for his research and surgeries being “highly disturbing and grossly ineffective” so he abandoned the study and practice.

From the beginning, lobotomy has had a controversial history.

The practice of lobotomy continued to be commonly performed in the United States throughout the ‘30s and ‘40s but rapidly declined during the ‘50s. By the ‘70s, the Freeman-Watts operation was extremely rare but not unheard of.

Lobotomy has long been the topic of ethical debates.

Despite Moniz earning the Nobel Prize for developing the lobotomy, the procedure has long been an ethically debatable practice. The benefits, risks, and success in any form have been hardly debated over the years as well as the rationale of lobotomy. One of the most disturbing ethics debates has been over whether or not the patient is even able to give consent. Most troubling of all is that many patients were worse off than they were prior to the surgery. Unfortunately, many patients had been robbed of their identity. It seemed as if the results were either wildly successful or devastating with nothing in between.

Although there has been much controversy over the practice of lobotomy and is no longer considered beneficial, it was once considered a legitimate treatment for mental illness that was recognized by the civilized world as late at the ‘70s. To date, there have no significant advances in psychosurgery. 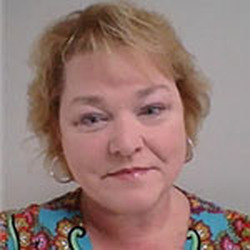