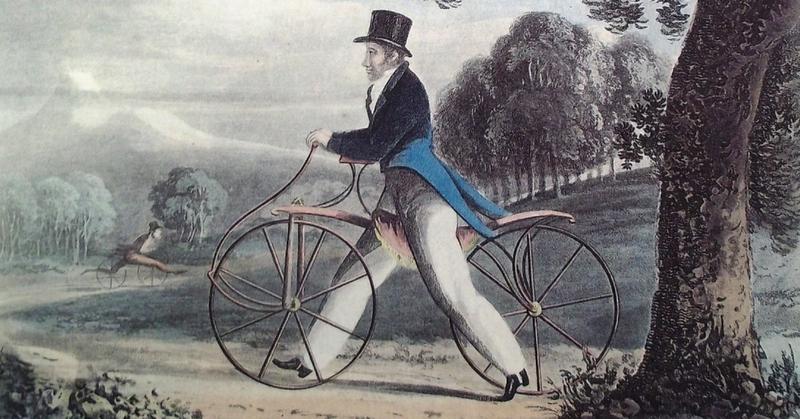 D.B. Cooper Hijacked A Plane, Jumped Into A Storm Without A Parachute, And Started A Trend

There are few modern American mysteries that are as arresting as the identity of D.B. Cooper, the man who skyjacked a Boeing jet in 1971 before diving from the plane with $200,000 in cash and disappearing into thin air. The investigation has been at a standstill since Cooper vanished, and with little more than a single drawing of Cooper to work from, they've never even come close to figuring out who he really is. The case was officially dropped in 2016 after 45 years of speculation and dead ends, but that doesn't mean amateur sleuths have stopped trying to unlock the mystery at the heart of this case.

D.B. Cooper committed the only successful skyjacking in history

On the afternoon of November 24, 1971, a man identifying himself as "Dan Cooper" (he was later erroneously reported on as "D.B.") boarded a plane in Portland, Oregon bound for Seattle with just a suitcase and sat in the back. He wore a sharp suit and tie, smoked cigarettes, and ordered a bourbon and soda. Nothing about him seemed unusual by 1971 standards.

After takeoff, he handed a note to a flight attendant, informing her that he had a bomb in his briefcase. The skeptical woman asked to see proof, so he opened the briefcase to reveal a collection of wires, batteries, and eight red cylinders. It could have been phony, but not wanting to take any chances, she delivered the note to the pilot along with Cooper's list of demands: four parachutes, a fuel truck on standby at Sea-Tac, a second flight to Mexico City, and $200,000 in cash.

Once the plane landed in Seattle, Cooper allowed the passengers to walk free and stayed on the plane in order to avoid the FBI snipers that were definitely waiting for him. Once the parachutes and money were brought onto the plane, Cooper switched tacks, telling the pilot to take off for Mexico and make sure he flew "low and slow." Cooper then made his way down the aft stairs before popping open a rear door and diving out of the plane with the cash and two parachutes. That was the last anyone ever saw of him. That's enough for some people to conclude that he didn't survive the jump, but others think he got away with it.

This is the only unsolved air hijacking in U.S. History D.B. Cooper didn't invent skyjacking, of course, but he's the only person to pull one off without being caught. In fact, the year after Cooper's caper, no fewer than 15 copycats attempted their own sky-heist, all of them failures. One of the criminals who was most inspired by Cooper was Richard McCoy, a former Sunday school teacher from Utah who hopped out of a plane flying over the state with $500,000. He was caught by the FBI a few days later and sentenced to 45 years in prison. Glenn K. Tripp picked up Cooper's ideas of demanding parachutes and cash but threw in the assassination of his boss for flavor, although he was thwarted by a flight attendant who drugged him with Valium to buy time until the authorities could be reached. He attempted to hijack anther plane while on probation but was shot and killed by FBI agents during the crime.

So why did D.B. Cooper succeed where so many failed? Amateur sleuths believe he was connected to Boeing in some way, possibly as a pilot or engineer, which is how he knew how to keep the plane low and slow for his eventual jump. The criminals that followed in his footsteps simply didn't have his insider information. If Cooper didn't survive his jump, his body was never found. In fact, the only trace of Cooper to ever turn up was found in 1980, when a bundle of more than $5,000 in decomposing twenties was discovered by a boy in the Pacific Northwest. The money was stuffed in a bag sitting a few feet from the Columbia River, and it was soon authenticated by FBI technicians as part of Cooper's stash. The FBI canvassed the grounds near the river hoping to find some sign of Cooper, even a single scrap of clothing, but they came up empty. The most notable absence was, of course, the rest of the money, giving proponents of the "Cooper lives" theory all the confirmation they needed. After all, if Cooper hadn't survived, where did the remaining thousands of dollars go?

There are a lot of theories about Cooper's identity In the decades since Cooper's jump, amateur investigators have identified a number of people they believe to be the mysterious criminal. Some of them have even identified themselves. Three days before Duane Weber died in 1995, he confessed to his wife on his deathbed that he was Cooper. His widow noted that Weber often had dreams about jumping out of a plane and that he drank bourbon and chain-smoked, just like Cooper, but the FBI ruled him out as a suspect in 1998 after technicians concluded that his fingerprints didn't match those on the plane.

Kenny Christiansen was identified as another suspect, although not by the FBI. It was actually Christiansen's brother who became convinced that he was Cooper after watching a television documentary on the case. It all seemed to fit: According to his brother, Christiansen had been trained as a paratrooper, paid in full for a house in cash just a few months after the hijacking, and confessed to a vague secret just before his death. A lot of that turned out not to be true---he wasn't skilled enough in skydiving to pull off the crime, and amateur sleuths traced his finances to legitimate sources---which is probably why the FBI never took him seriously as a suspect. Still, his brother believed the story so wholeheartedly that he tried to convince Nora Ephron to make a movie about it.

One of the most scrutinized characters in this story is Robert W. Rackstraw, a former Army soldier familiar with parachuting and demolition who ran a boat shop until late in his life. When the FBI investigated him in the '70s, they claimed there wasn't enough evidence to connect him to the Cooper case, but historians and conspiracists still question their findings to this day. Rackstraw passed away in 2019, so if he did hijack the 1971 flight, he got away with it for the rest of his life.

Some conspiracy theorists believe that Cooper was a CIA asset When one of the most esteemed criminal investigation organizations in the world failed to find any trace of D.B. Cooper and appeared to just kind of shrug its collective shoulders, it raised some eyebrows. Even in the '70s, hijacking a plane wasn't the kind of thing that the FBI just let go. Some Cooper conspiracists believe that the reason the authorities pulled back on the case was because he had ties to the CIA. Following the skyjacking, a person claiming to be Cooper sent a letter to the media in which a military codebreaker identified the phrase "IF CATCH I AM CIA" written in code. It's possible the decoded phrase is a coincidence, the codebreaker is wrong, or the letter was written by some random history buff with a fondness for military code and messing with people, but we'll probably never know. The next time someone checks your bags at the airport, you can partially thank D.B. Cooper for your inconvenience. Following Cooper's skydive and the subsequent copycat crimes, the Federal Aviation Administration began requiring the search of all passengers and bags prior to boarding. Federal courts ruled that the searches were legal as long as airport employees only looked for weapons and explosives.

Aside from long lines at the airport, D.B. Cooper lives on by name in the so-called "Cooper vane," a latch that keeps the stairs of a plane from being opened mid-flight. He also played a major part in the addition of peepholes to the door of the cockpit so the crew could observe passengers without opening the door and probably also make fun of them. Somewhere, D.B. Cooper is laughing, too.