Okay, yes, this looks bad. At first glance, it's unclear whether the school bus itself prefers same-gender school bus partners or it serves as exclusive transportation for those who do, but either way, it's not your first pick for playtime fun. Digging deeper reveals, however, that the school bus toy was manufactured by a company called the Gay Toy Company who simply slapped that name on their proprietary school bus. We can't exactly fault them for choosing that name in the '60s without knowing what connotations that word would have in the future, but still, it's probably not a great choice for Junior's nursery today. 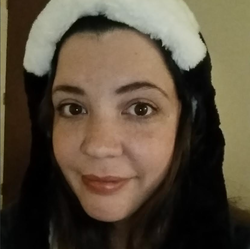 Amanda Mannen has been writing for the Internet since about 1998, but people have only cared since 2013. Her favorite topics are the history of science and culture. She believes that the story of history is just the story of people, and people are super weird. She thinks it’s pretty neat that the events that have the greatest impact on our world can be the result of one guy being really bad at assassination or very clumsy in a lab. In her spare time, she paints garden gnomes in the styles of increasingly niche countercultures.