Unedited Photos Captured From The Past

A 17-year-old Norma Jeane before she was known as Marilyn Monroe, 1943.

These rare photos reveal layers of the past anyone can appreciate. From ancient ruins and industries of old to former fads and modern icons. Collected here are interesting photographs you’ve probably never seen, but should. What better way to challenge our perceptions and explore the past, than with pictures? We discover new things about political figures, icons of popular culture, and can even gain insights into old practices and important historical events. Here we have a 17-year-old Norma Jeane before she became known as the legendary Marilyn Monroe. Her life contrasted in so many ways…. she was rich and successful yet co-dependent (on the emotional front). She was highly insecure even though she was a sex and beauty icon. Despite her seemingly outgoing nature, she was so shy growing up that she developed a stutter. She flaunted for cameras, but behind the scenes, she remained shy and deeply insecure her whole life. Marilyn Monroe never managed to fully get rid of her stutter either. Dictation lessons only helped her mask it for work. 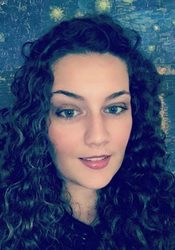