Ladies' Ordinaries: Women-Only Restaurants That Shielded Them From 19th-Century Men

A girls' night out in the 1830s looked very different from how it does today. In fact, for most of the early 1800s, the chances of a group of women (or a woman by herself, for that matter) finding a restaurant that would serve them without the company of a man were pretty slim. Only women of ill-repute dined alone, but occasionally, respectable ladies who were traveling alone or in town to shop or attend church got hungry. The solution to this was the "ladies' ordinary," the women-only dining areas that sprang up in American restaurants and hotels to give proper ladies a proper place to eat. This International Women's Day, let's look back at this archaic practice to show how women have come a long way, baby. An unescorted woman could be the target of stares and comments from men. (connerprairie.org)

In the early 19th century, women were accompanied by men whenever they dared to brave the scary outside. According to the patriarchy, this was done to protect the woman from harassment by less savory men who were curiously free to roam around unencumbered. A lone woman out by herself could only be one thing: a hooker. Any woman who attempted to buck "tradition" was therefore viewed as an undesirable and often denied service at businesses.

What Was A Ladies' Ordinary?

The owners of the Clinton Lunch billed their ladies' ordinary as a room where "ladies and their invited guests could take their meals" away from the "unwanted gazes of men." Here, a woman could have a quiet lunch by herself or with her gal pals.

At first, men were shocked by the thought of a ladies' ordinary. In an article in the Baltimore Sun, a writer predicted that women-only dining establishments were the start of "sad inroads upon propriety." But the ladies' ordinaries were a hit with women. More and more restaurants in major cities across the U.S. opened their own women-only dining rooms, which were usually small rooms upstairs from the main dining area with a separate entrance. Soon, guidebooks were published that listed suitable restaurants for proper ladies, similar to the Green Book (a guide to hotels and restaurants that served black patrons) that was popular in the mid-20th century. The food offerings at ladies' ordinaries were a mix of restraint and indulgence. (pinterest.com)

The ladies' ordinaries weren't just separate rooms; they were practically entirely different restaurants, with their own menus tailored to what they thought women liked to eat. Entrees were smaller and lighter, like dainty sandwiches and simple salads, so you were out of luck if you wanted a big, bloody steak. Those with a sweet tooth could rejoice, however, because ladies' ordinaries usually offered decadent desserts. In time, women-only "ice cream saloons" opened. Of course, neither the ladies' ordinaries nor the ice cream saloons served alcohol. By the 1920s, it was no longer scandalous for women to dine without a man. (restaurantsupply.com)

The End Of The Ladies' Ordinaries

Once the roaring '20s hit, society underwent some drastic changes. Women gained the right to vote, and more and more of them were seeking employment outside the home. By the end of the decade, most restaurants welcomed female diners in their main dining rooms, whether they ate in the company of men or not. Only a few restaurants stuck to tradition and prohibited unescorted women, although some continued the practice of offering "ladies' menus" until the '80s, when they were struck down by none other than Gloria Allred. It's weird that she doesn't mention that more. 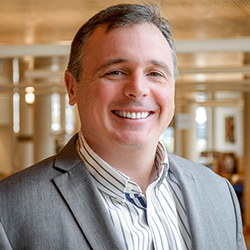